In the ground layer of the wood, fungi, mosses, and low flowering plants form a habitat for insects, spiders, amphibians, and small mammals. The herbaceous layer, composed of grasses, ferns, flowering plants, and young trees act primarily as a source of food for game animals.

The third layer, the shrub layer, extends up to a height of approx. 3 meters, consists of bushes such as elder, hawthorn, and hazel, and is a source of food for the protected hazel dormouse as well as for birds and insects. The canopy or tree layer is the final and biggest layer; its translucency determines the structure and species diversity of the lower layers. It forms a habitat, for example, for birds of prey, bats, pine martens, squirrels, and insects.

Connect with the Quarry Life Award

Nature is the biggest winner 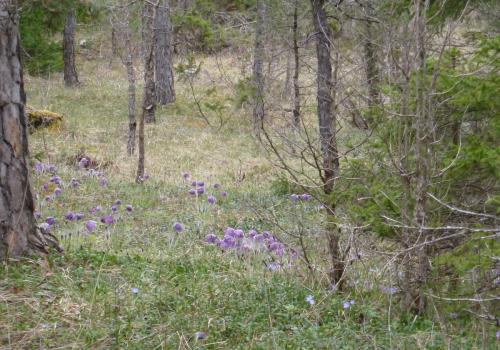