Linking quarries and their surroundings by restoration ecology for aquatic mammals
Wed, 21/09/2016 - 11:46

We explored the effect of 13 environmental variables on feces marking intensity in 19 transects located in the gravel quarry and its surroundings (see previous posts). Environmental variables were related to land use (Fig. 1), waterside vegetation cover, human disturbance, and distance to roads. We analyzed both total feces marking intensity (indicator of whole otter territory) and fresh feces marking intensity (indicator of core areas).
Regression models show that watersides bush coverage and forested buffer areas 300 m around water bodies, have a significant positive effect on the selection of territory core areas by otters, which is reduced by human disturbances (Fig. 2). When analyzing the whole territory, buffer areas are still positive and human disturbances are negative, but waterside coverage is unimportant (Fig. 3). This is due to the effect of the passing areas used by otters to move between core areas without getting out of the water.
The main implications of this study for restoring gravel quarries are: 1) restoration projects in antropized regions should include forested buffer areas (>300m) around the lagoons to minimize the negative effect of human disturbances on otter populations. 2) Bush waterside coverage provide shelter which is vital for this species. 3) Artificial water channels can be used by otters as corridors between core areas, which eases the management of ecological connectivity of the restored gravel with its surroundings. 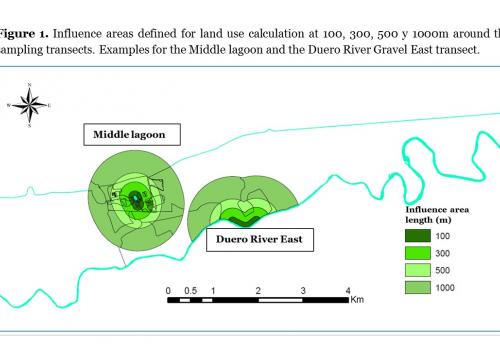 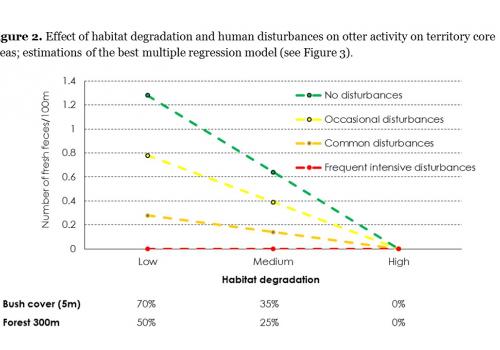 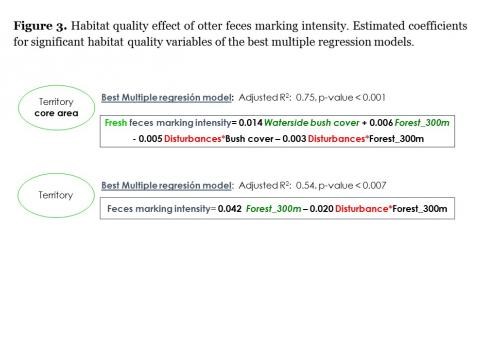 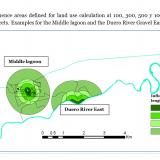 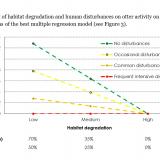 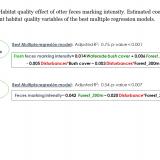