The fifteen or so participants spent some time indoors to discuss together their various involvements with the project - Le Syndicat Mixte des Vallées du Clain Sud, GSM and the UICN, (competition partner). The QLA competition details were explained by Mrs Russier-Decoster from the UICN, and then the focus on the Ménophe project was detailed. A site visit enabled those present to view the work already done: the cutting of several trees to make way for a future spawning area for the pike, and the placing of markers to indicate the perimeters. Following the site visit to the quarry and the river Ménophe inside the quarry, to end the day refreshments were offered by the GSM Enterprise.

A second article for this meeting appeared in the local press. 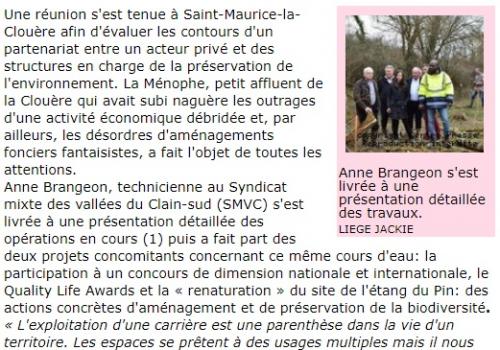 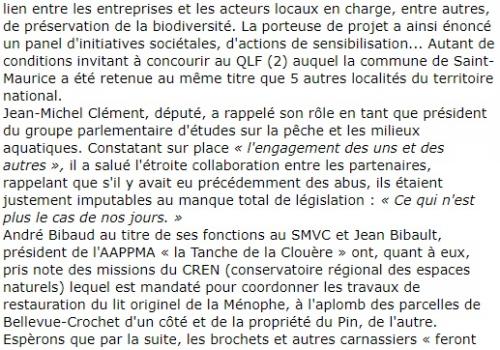 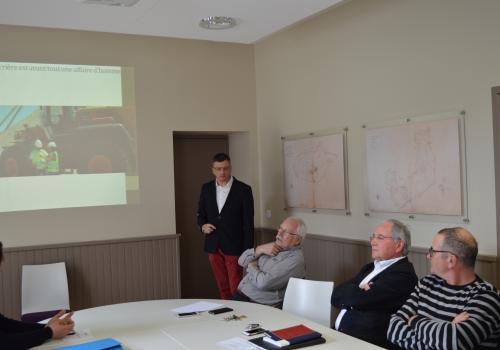 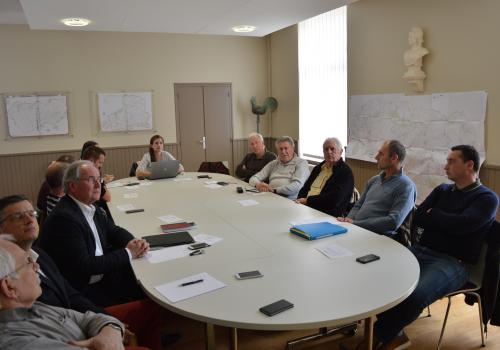 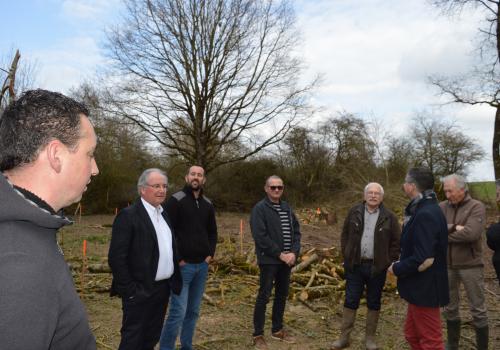 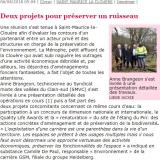 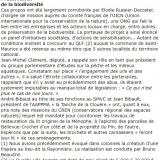 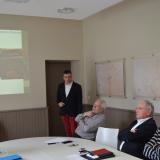 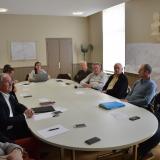 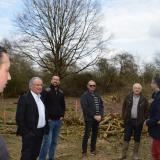