We haven’t written here for a while, because we have been working on our bachelor theses. Nevertheless we have been working with our project too. On May 16th we went to Aru-Lõuna with our supervisors Aveliina, Tanel and Alar to create our experimental patches. Before that the Kunda Nordic team evened out the surface that is characteristically the same ground that remains after the mining, so we could sow the seeds.

The first idea was to take soil from alvar-like grasslands located in the quarry area that has not been mined and to pre-grow mycorrhizal fungi from that soil in greenhouses to make sprouting more effective and then add it to the mined area. Unfortunately the weather got very cold and the land freezed, so we couldn’t get the soil. When the weather got warmer again it was already too late to pre-grow fungi, so we only used the soil from the grasslands.

We made 4 different experimental patches: with seed and grassland soil mix, with soil, with seeds added to the surface and the last one we just left the way it was. Seed mix that we added to the patches was bought from NPO Elurikas Eesti and consists of more than 40 species from alvar grasslands. We put 1 liter of soil and 6g of seeds to 1 square metre. Patches were 15m wide and 20m long. Because we had more soil than needed, we made one extra patch with thicker layer of soil and added seeds there as well. We presume that added soil affects the sprouting of seeds and they sprout faster in patches with soil. 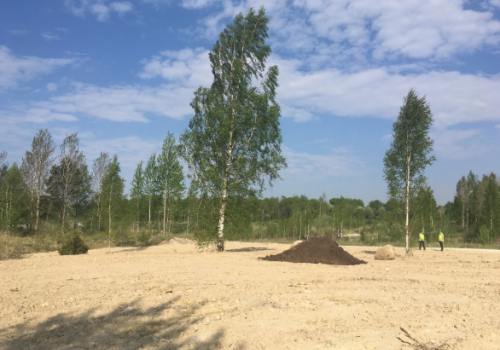 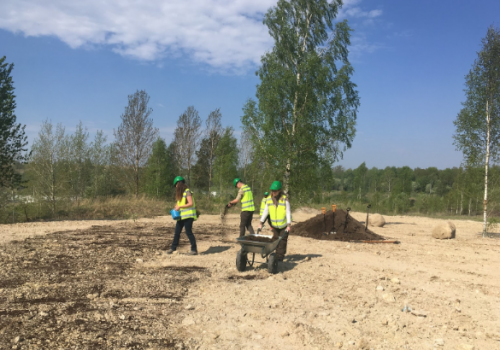 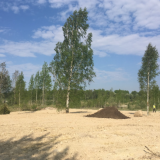 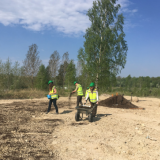