Once again we set out to record dissolved oxygen, pH, conductivity and temperature in situ and took samples to analyse for suspended solids, nutrients and heavy metals.

We made some interesting observations whilst water sampling:
* Due to the droughty conditions, most sites contrasted quite substantially to their appearance in May - water levels had dropped substantially and all scrapes and some ponds had dried out completely.
* The levels of the larger water bodies hadn't changed substantially but aerators were being used to prevent anoxic conditions at Cromhall.
* The supplementary water supply to Brinsham Stream had been reinstated, through groundwater being pumped from the Hampstead Farm quarry.
* One of the new ponds (New Pond 1) had largely maintained its level due to seepage of sump water pumped from Hampstead Farm into a ditch prior to entry into Brinsham Stream. This seepage appeared to have caused an algal bloom, possibly due to nutrient leaching from the soil through which it had percolated.

Water samples are currently being analysed to add to our data set. Once collated we can use these data to help us understand which factors are important in influencing biodiversity in freshwater limestone environments. 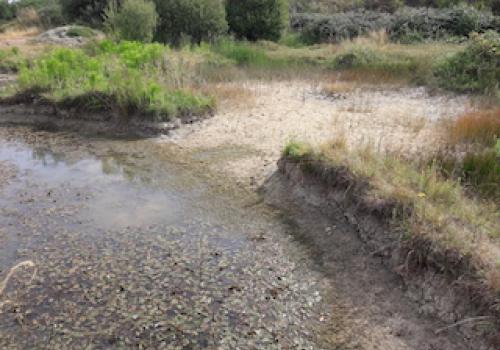 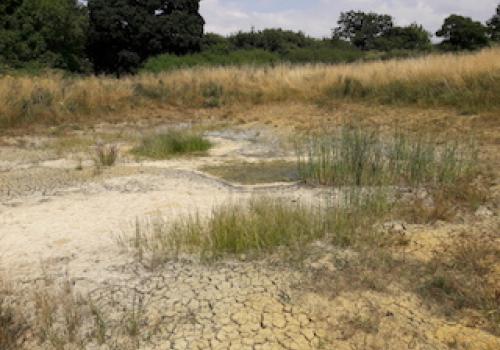 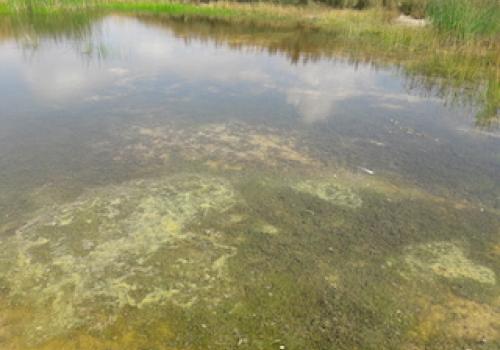 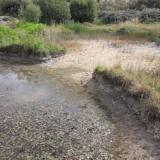 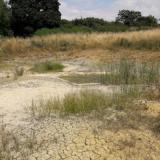 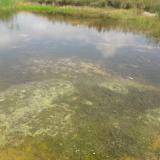 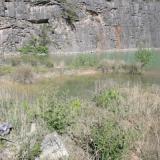