Twiga Cement has been one among of the global greening industry who achieved to rehabilitate its extraction site at larger percent. The site have been rehabilitated since 2011 and among of the people who joined the efforts is German Ambassador in 2016 (H.E Egon Kochanke) who planted tree known as Dalbergia melanoxylon (known as Mpingo in Swahili) the date of plantation is 7th October, 2016.

Now the plant has started to shade its area and mostly has a lot of benefits as folows to the ecology:
It is a flowering plant, native to the seasonally dry regions of Africa (IUCN 2008). Dalbergia melanoxylon heartwood is fine grained, resistant to insect attack and is one of the most valuable timbers in Africa and therefore valued for use in wood wind instruments, clarinets, oboes, and pipes (Arbonnier 2004).

Dalbergia melanoxylon (African blackwood, grenadilla, or mpingo) is a flowering plant in the family Fabaceae, native to seasonally dry regions of Africa from Senegal east to Eritrea and south to the north-eastern parts of South Africa (https://en.wikipedia.org/wiki/Dalbergia_melanoxylon) 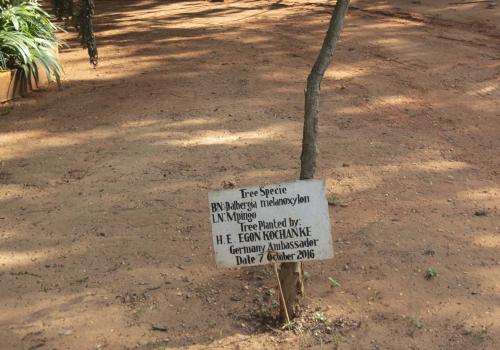 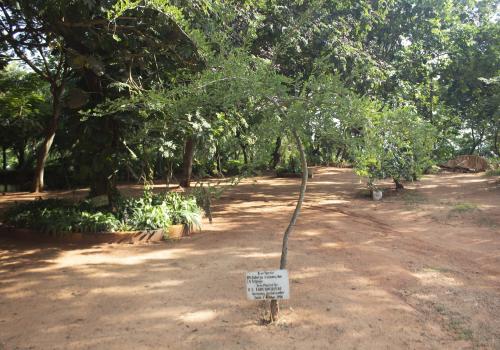 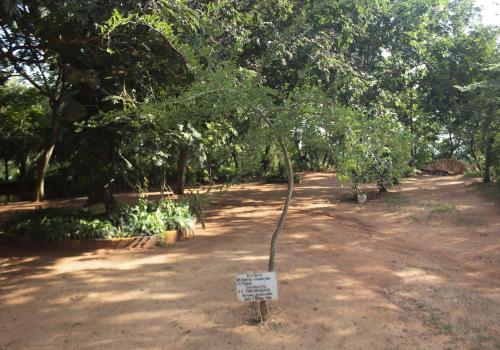 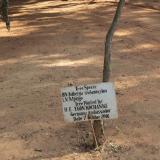 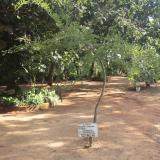 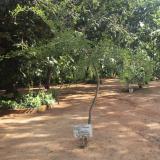