Protection of avifauna and amphibians by improving their natural habitat in the Ruda Quarry area
Sun, 13/03/2022 - 18:03

Among birds, we distinguish those that set up their nests on their own and those that need a hollow to breed. These structures can arise automatically (e.g. as a result of breaking a tree limb or the process of decay) or are forged by birds (as breeding places or pantries).

Birds that nest in hollows, holes or rock crevices are called "cavity nesters". Among them, we can distinguish primary cavity nesters (woodpeckers and some tit), as they forge holes themselves and there are cavity nesters which use existing holes (most of hollows, including doves, owls, hoopoes, starlings, nuthatchs).

The task of the project is to determine which bird species prefer their habitats around the “Ruda” Mineral Resources Quarry. Therefore, during the research, nesting boxes will be hanged. The boxes purchased by us can be opened to the "overlap" and the nail, and from the inside, the boards are not planed and have slats (which makes it easier for the chicks to climb from the nest to the inlet opening).

Types of nesting boxes:
- the nuthatch (for birds feeding on tree trunks),
- cinderella (for species that prefer open booths),
- A1 (intended mainly for blue tit),
- D (used by starlings and quills),
- E (with tawny owls, goldeneyes, commoners and jackdaws in mind).

The nesting boxes have been impregnated to extend their durability. 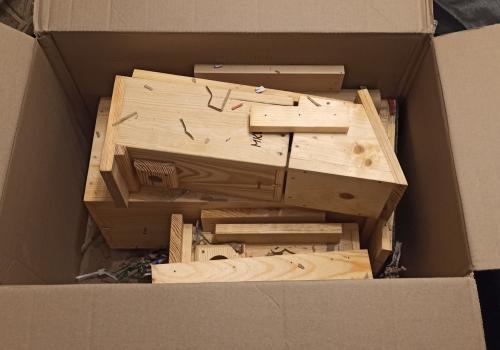 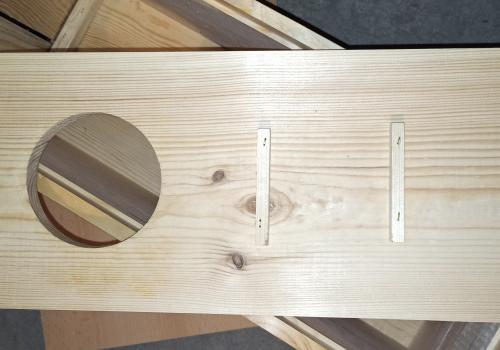 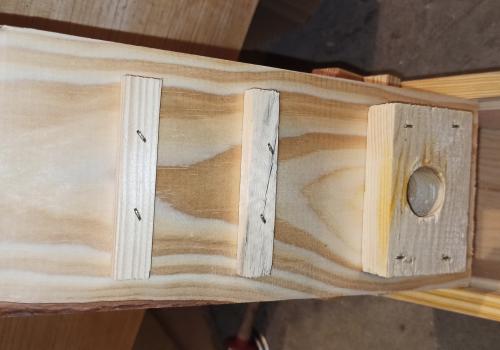 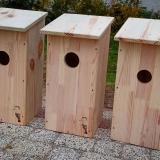 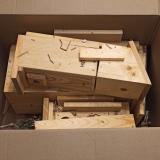 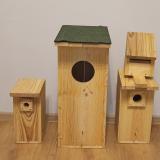 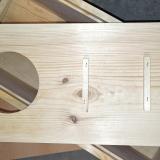 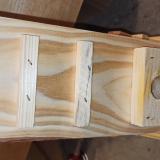