Protection of avifauna and amphibians by improving their natural habitat in the Ruda Quarry area
Fri, 25/03/2022 - 08:52

So far we have focused on birdlife and amphibians. Now it's time to talk about the early spring flora.

As soon as we parked our car and unpacked the things necessary for the project, we decided to look for signs of spring. Naturalists in Poland believe that the beginning of the growing season is the bloom of hazel, marsh-marigold, coltsfoot, and many geophytes. This is when life processes are activated in plants: juices flow, roots develop and buds swell.

The first plant we observed was coltsfoot (Tussilago farfara). Its yellow flowers indicate that this place is dominated by calcareous, clay soils and waterlogged soils. The greatest accumulation was observed at the foot of the escarpment and near the pond.

In the drainage ditches, tiny leaves of a muddy called marsh-marigold (Caltha palustris) appeared. Its yellow flowers attract insects and are part of the plant complex of anthropogenic origin.

We found a hazel (Corylus avellana) near the main road. It is a single-stem plant, male flowers of which were collected in 2-4 female cats. Its presence allows us to hope that in autumn it will become a food source for squirrels and jays.

However, in the place where we hung the nesting boxes, we found black alder (Alnus glutinosa). Its male inflorescences resemble those of hazel. Last year's black seed heads, similar to small cones, were also visible on the twigs. Next we found flowering willows. 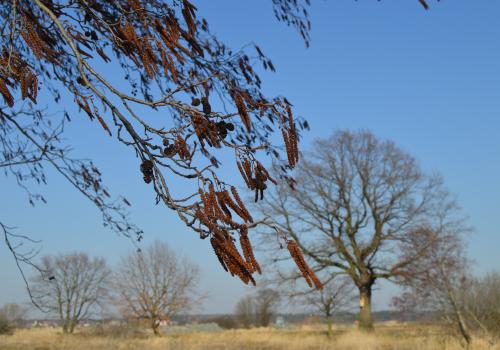 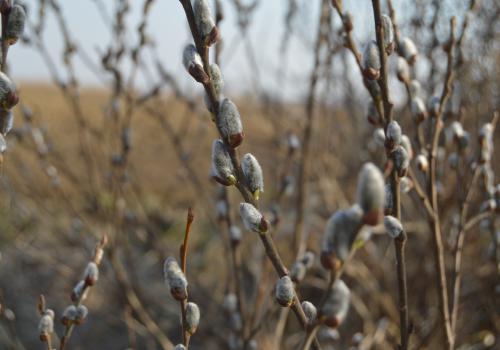 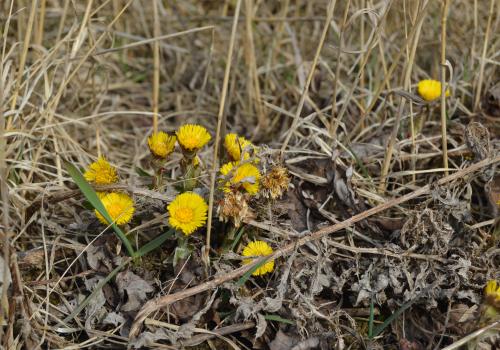 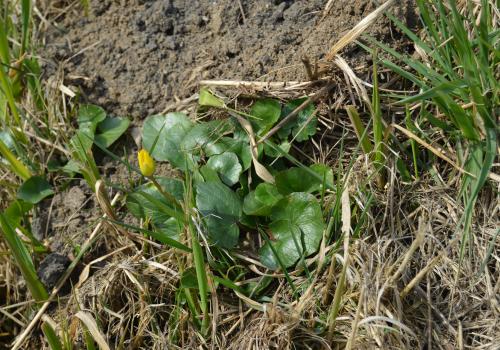 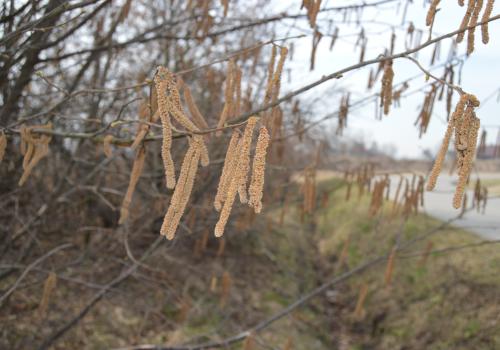 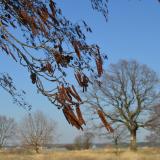 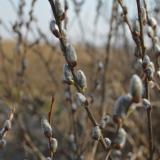 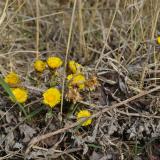 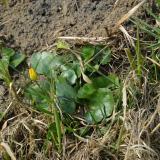 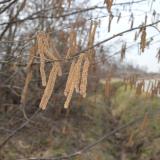