The marble newt (Triturus marmoratus) is distributed by western Europe, occupying a large part of France and the northern half of the Iberian Peninsula. Only in the southern part, it is replaced by the pygmy newt (Triturus pygmaeus).

Adults of Triturus marmoratus are ± 14 cm long, have a robust appearance and a green and marbled coloration with an orange vertebral line in females and orange and black in males, which also show a dorsal crest in the breeding season. Both have a dark ventral coloration with small white dots.

During the terrestrial phase, newts disperse in search of new pools where they can breed and feed at the beginning of the aquatic phase. Inside the water, the male performs a courtship in which he releases hormones for the female by wagging his tail. If successful, the female will pick up a spermatophore deposited by the male.

As an opportunistic species, marble newts can colonize anthropized habitats but they especially select ponds with a certain degree of vegetation. We are finding them in a wide range of ponds which highlights the importance of quarries for amphibian conservation. 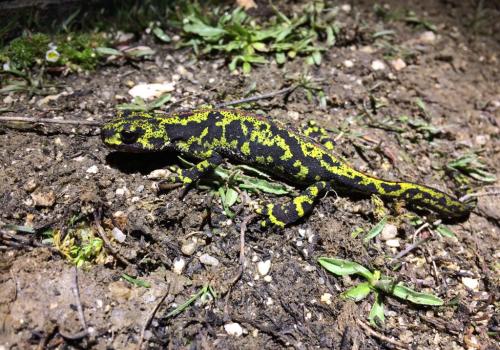 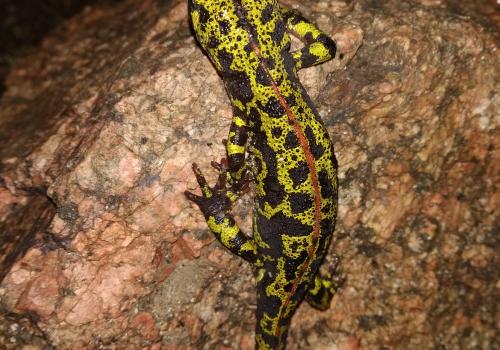 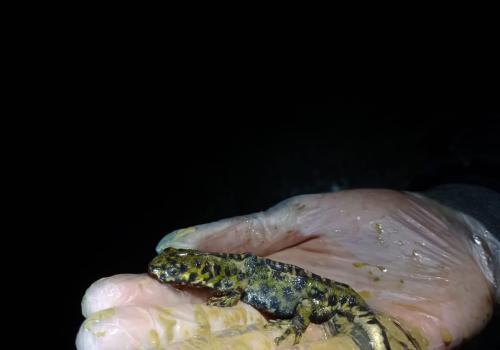 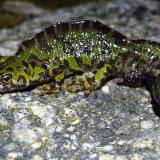 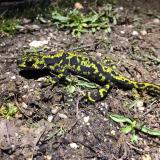 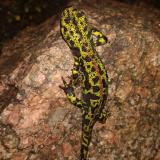 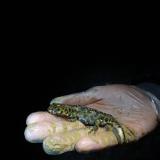