Protection of avifauna and amphibians by improving their natural habitat in the Ruda Quarry area
Tue, 28/06/2022 - 19:17

Before we move on to the description of individual mentioned bird species, we want to draw your attention to a very important point. The greater the diversity of animals in a given area, the more stable the ecosystem is and the easier it is to maintain ecological balance.

Time to go to our aviators. Barn swallows are the most numerous group among the 3 mentioned species. During one of our visits, we counted as many as 39 individuals. Their characteristic features are: brick-colour throat, long and dark tail and navy blue shine of feathers. Swallows nest inside buildings. Their body length is approximately 17-22 cm.

The second most numerous species of swallows are the house martins. We often see them in the company of those described above. They could be recognize by white dewlap and a short tail with a white base. They are also slightly smaller (13-15 cm). Builds nests outside buildings.

The big surprise was the appearance of sand martins. However, the proximity of the mines means that they have good conditions to establish colonies on the steep banks of slopes, where mineral resources are extracted. During the flight, one of the most distinctive features of this species is visible - dark under-wing covers. The plumage is pale brown with a white band on the chest. Swallows are the smallest of the swallows we have observed (12-13 cm). They nests in self-dug burrows 50–60 cm long 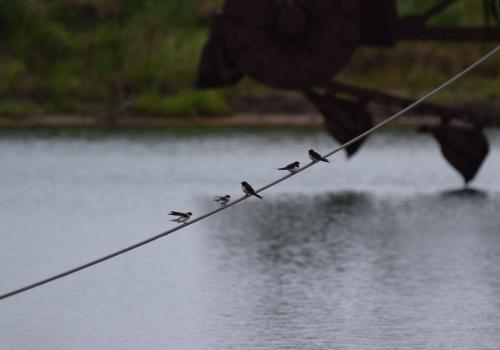 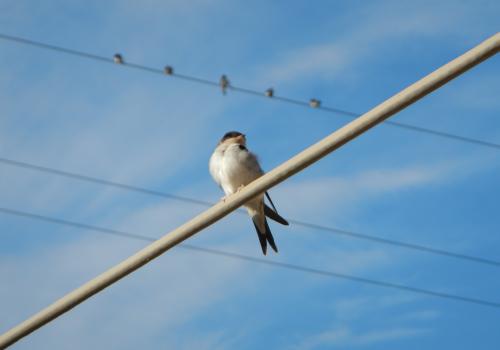 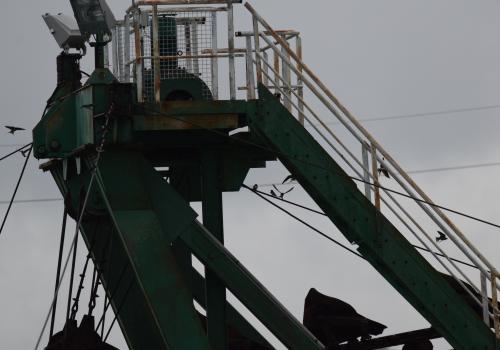 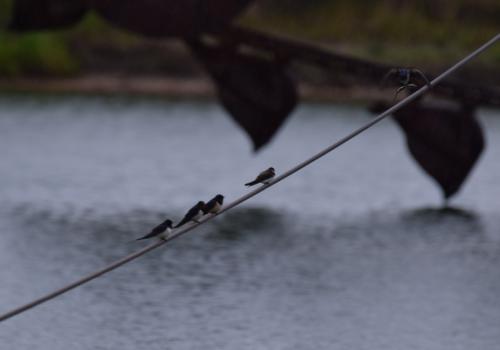 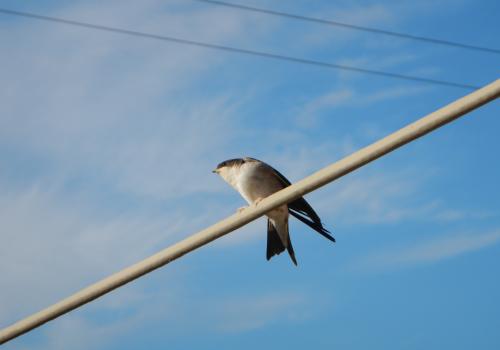 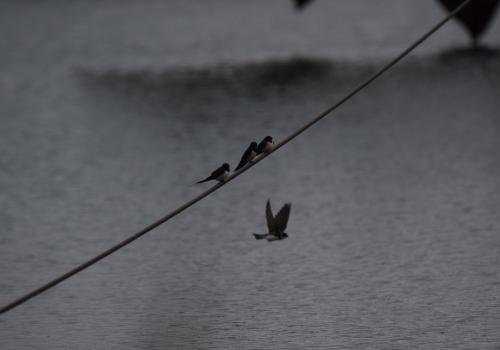 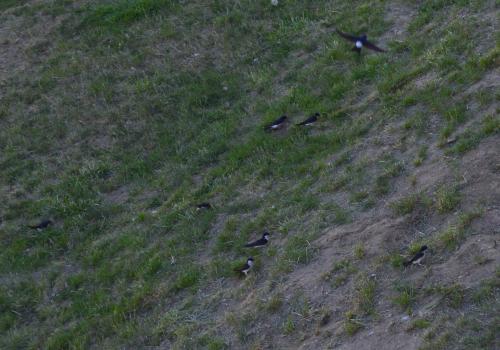 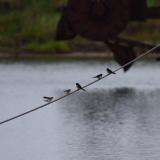 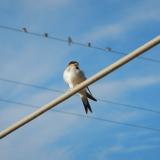 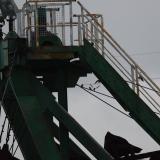 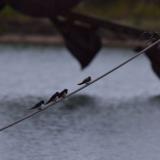 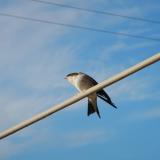 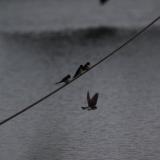 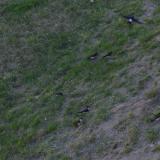