Protection of avifauna and amphibians by improving their natural habitat in the Ruda Quarry area
Mon, 01/08/2022 - 15:08

The most popular species in Poland - the seven-spotted ladybird (Coccinella septempunctata) belongs to the beetles and lives on average 14-16 months. There are over 70 species of ladybugs in Poland. Recently, an Asian ladybug has appeared in our country, unfairly hailed as a dangerous insect that can bite a person. Like other ladybugs, they emit dangerous substances (hemolymph) to protect them from other creatures. Just like our ladybugs, they are an extremely effective tool in the fight against pests.
Ladybugs are useful insects, they eat plant pests: aphids, spider mites, boxwood psyllids, whiteflies, scale insects, herbivorous mites, and even butterfly larvae. Ladybug can eat up to 60 aphids a day. They lay up to 700 eggs, from which the larvae hatch after a few days. After another 2-3 weeks, the larvae transform into pupae, which in turn take the form of a beetle after about a week.
These insects are the gardener's allies in the fight against plant pests. To lure them into the garden, it is recommended to spray plants threatened by aphids with lightly sweetened water (1/2 tablespoon of sugar per liter of water).
Ladybugs look for shelter in the autumn and winter period. They spend winter underground, under the bark of trees or even in hollows and bird boxes, as well as in houses - they usually nest in window frames or door frames. Therefore, as part of our project, we have placed an insect house near a flower meadow, which is to be used, among others, by ladybugs. 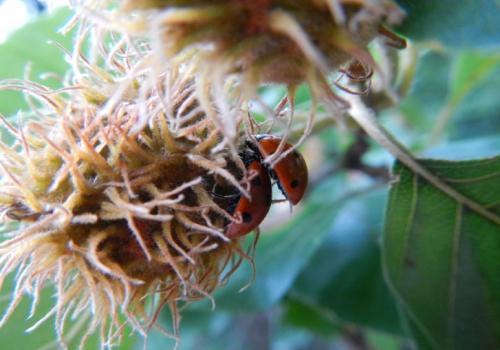 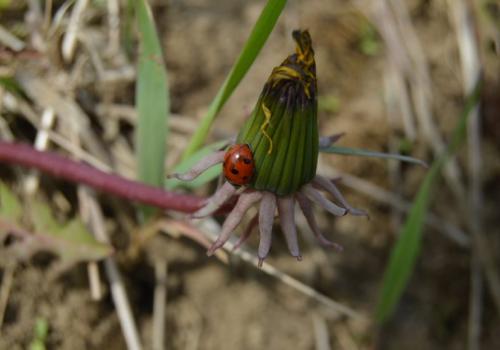 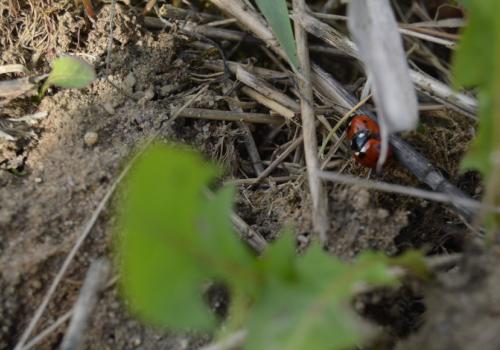 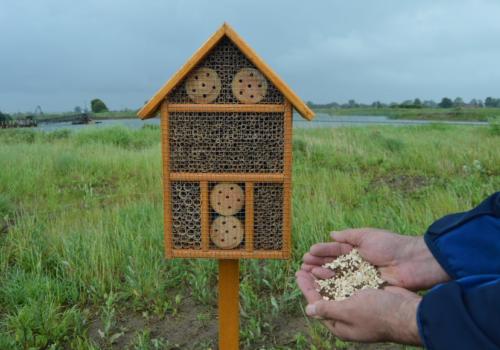 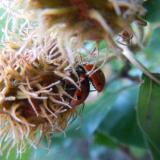 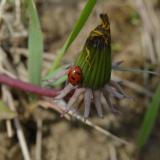 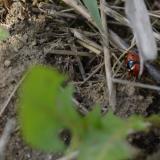 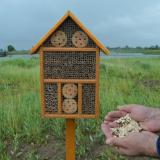