During quarrying operation, overburden materials are removed and dumped on site. Heaps of these materials are left uncovered. The uncovered materials, suitable for land reclamation, tends to get dry, erode, loss most of its nutrients, making it insufficient for biodiversity promotion. In most cases, habitats of organisms are destroyed.

The above undesirable effects can be reduced if a soil covering mechanism is adopted. One solution, is the use of cover crops. Cover crops are widely known for their ability to adapt to conditions, retain soil moisture and promote biodiversity.

This project will involve planting of Mimosa pudica on a bare land, monitoring soil moisture with time and recording the progress of biodiversity promotion.

Team Mimosa comes your way again with the next phase of fieldwork: Gathering and Transplanting of Mimosa pudica. 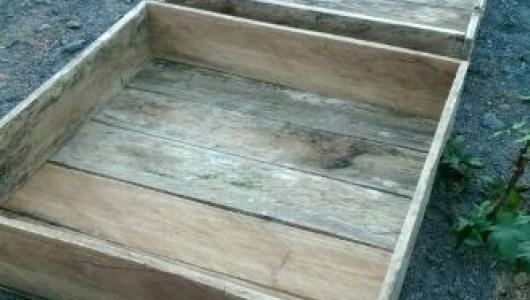 Preparation of Step up

Right about now, availability of Mimosa pudica is assured. Setup preparation is the next phase of project’s fieldwork. After suffering the destruction of nursed Mimosa pudica seedlings at the hands of domestic animals and fowls, the team adopted the use of wooden boxes for direct transplanting. 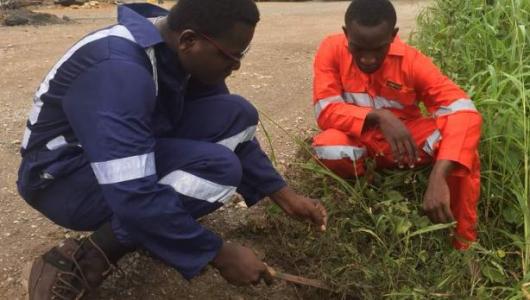 Working on retaining soil moisture, Mimosa pudica was the plant of interest to be used as intervention on bare soil, because of its creeping nature of growth. 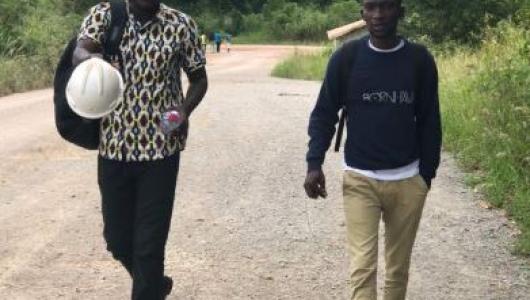 Visit to the Project Site

This project investigates the possibility of using Mimosa pudica to retain soil moisture and local pollinators. It employs Mimosa pudica as a soil covering mechanisms to prevent excessive water loss, creating an optimum soil temperature where microorganisms can thrive in. It will also employ the nodules of the plant to fix nitrogen into the waste materials at the quarry site and gradually covert wasteland into a fertile garden soil to support organisms. 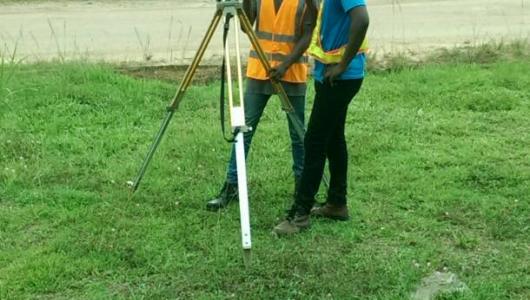 A very modest introduction of the brilliant minds behind this enviable research group, we believe, is necessary. We humbly present, Edmond Schandorf and Emmanuel Sabla - both third year students of the Geomatic Engineering Department of the University of Mines and Technology. If it takes two to tango, we bet in our case, it takes two to Mimosa. Cheers to biodiversity.

Promoting the use of biochar for minesoil amendment and floristic diversity enhancement.